An entire afternoon and 3 different cars. This is what it took me to get to Munich by hitchhiking! The next day, I was in the German Alps for the Startup Weekend Die Alm in Bavaria! This is the story of this awesome weekend…

The SWMunich is a rolling machine with 5 years in organizing Startup Weekends. However, this edition was from a total new gender because it was hold in the German 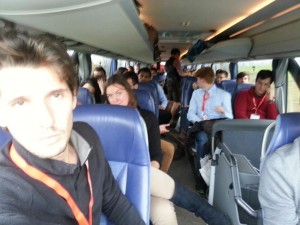 Alps! All attendees met up in Munich and got in the same bus in direction of the beautiful Bavarian Alps for an entire weekend! 2 hours of bus later, we were surrounded by fog, green grass and mountains… Fresh air for fresh ideas around future mobility!

Organization: I never saw such a good organization! Imagine what it takes to put around 50 people in a bus, send them in a cozy chalet in the Alps with awesome rooms and provide all material and food for the entire weekend! All that, two hours away from Munich! Well, this organizing team, led by Jonas AKA Typical Bavarian Guy, did the job! For most attendees, it was like being in a student integration weekend! So really guys, it was a hard task and you totally rocked it! So + 1,000,000! Next time, what we will need is just a better Wi-Fi 🙂

Venue: A lovely typical chalet lost in the mountains! We all had a room to share with 2 or 3 other attendees. Beds were awesome and the place in the middle of this nature was very relaxing. I had never seen such a thing for a SW and I think it’s actually a great idea to put everyone together. As a result, the general atmosphere of the weekend was super great! 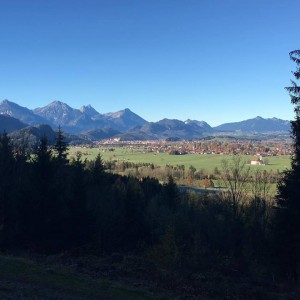 Some other activities were organized such as a running morning, in which I went with a German friend, Félix, to run untill the Neuschwanstein Castle! A hiking tour was also organized in the afternoon. And, of course, we had an awesome ‘open mic’ party on Saturday night haha!

2. Pitches and teams
We assisted to 22 initial pitches on Friday night! That is a great number! The organizing team fostered everyone to go and pitch! However, I have to say that most ideas were not that original… To illustrate my point; 1/3rd of total ideas were directly linked to travelling & tourism. Nevertheless, the diversity was good enough to enable everyone to find their right team. But next time, a bit more of craziness please! Come on, it’s a Startup Weekend!

3. The team I joined: BikeUp
Andrès, a semi-professional cyclist, pitched this idea about tracking cyclist’s routes in cities in order to bring them more security. I love biking around cities so do other people… We ended up being 4 in this team! After presenting ourselves, we directly tackled the PROBLEM to find the SOLUTION we want to bring! In a very productive evening, we came up with a concept that would help cyclists to avoid potential accidents with cars in a city. We tried to develop over the weekend a mobile application that would geolocalize cyclists, while riding their bike, and give the position information to car’s drivers directly through the car’s dashboard. Our solution is very complex but highly valuable since we want, in a way, to save lives.

Some coaches and mentors were also sleeping at the venue and, therefore, stayed 24/7 around. So we had coaches coming to our team from the very beginning on Friday night whereas we were only brainstorming the idea at this stage… Usually, coaches arrive on Saturday afternoon and jump into something which has already started… At first, I felt a bit uncomfortable with that but then I realized that it was actually very valuable because you get feedback right away about the feasibility or the value of your concept! And most coaches were very very helpful and smart! 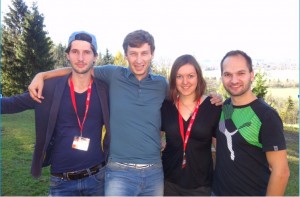 4. Final pitches
We assisted to 9 final pitches. I was a bit surprise that most of the teams didn’t have an actual prototype but, to say the truth, only few developers attended the event…

Another thing which surprised me a lot was that almost all teams had financial projections for the five next years!!!!!!!!!!!! I mean, in a Startup Weekend, this is about going way too much into details… It would be even the case for an established startup haha! Anyways, at this point, it became too serious!

We did a great pitch but the jury really pointed out our main weakness: “you’re tackling a very serious problem but your solution is too complicated…” Indeed, we did too complicated. On top of that all cars will be soon equipped with sensors that will automatically break in case of potential danger such as a collision with a bike…
To sum up, we have done too complicated and our solution will not be adapted to a long term vision. Understood!

At the end, the most promising project was also a bike startup: RepairMyBike which fix your bike for any reparations as fast as possible.

Wooow! It was such a great weekend! People were so nice and friendly! It was also very multicultural with some attendees & coaches from Romania, Israël, Iran, Russia, Austria, Bulgaria, USA, Turkey, Syria (a young refugee who just got to Germany), France… But the whole weekend was mainly attended by Ze Germans for sure! Therefore, I could clearly observe some very interesting cultural facts! This is why travelling is so awesome:

To sum-up, this weekend was sooo awesooome! I had a lot of fun and I met exceptional people! I thank this organizing team who did a great job! You brought such a cool atmosphere inside this startup weekend! I recommend the SWDieAlm to everyone who wants to share a cool weekend with cool people building cool ideas! The next one will be even more awesome I’m sure! 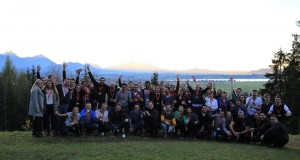 This article is dedicated to Cinja Voss & her Dad and Frohwalt Egerer for opening their homes to a traveler passing by Germany.

And of course to the SWDieAlm!