After spending two lovely weeks in Iran, I headed to India for the Startup Weekend Calcutta! From the place where I was couchsurfing, it took me 3:30 hours to reach the venue by train, metro and buses! Indian style but right on time to rock on! This is the story of this awesome weekend…

This Startup Weekend was very special; let me explain the context first… People from Google US and Salesforce came to India under an organized program to raise awareness around Human Trafficking in this part of the World. The name of this trip organizer is effect.org. So, these guys spent a week in India meeting NGOs fighting against Human Trafficking, going to villages to talk about this issue with locals, etc etc and this Startup Weekend is their final mission: the moment to take actions on everything they saw over the past days!

So you got the picture? About 20 people mainly working for Google and Salesforce coming together to India as part of this awareness program about Human Trafficking and ending their journey in this Startup Weekend specially organized for them to take actions on what they experienced in the previous days! Most attendees were foreigners but some people from Kolkata were also part of the game. Indeed some volunteers and workers from two main NGOs specialized on Anti-Human Trafficking (Destiny Foundation & New Light) were attending the SW. So, we had a cool lot here; foreigners, locals, professional from top companies and NGOs!

Oh, and I forgot, I had no idea about all this when I got to the Startup Weekend! It took me the entire evening to realize it haha! For all these reasons, this SW was the most interesting one I ever attended…

Organization: Because of the specificity this SW was way more informal than all those I attended in the past. Indeed, people already knew each other and we were a small number so the organization was pretty chill and easy. No pressure and it felt good! 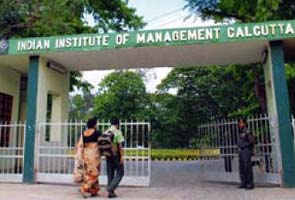 Venue: Venue was pretty awesome at the Indian Institute of Management; one of the top MBA universities in the country! The campus was huge and beautiful! It was a perfect place to escape at night and take a walk around one of its lakes!

2. Pitches & Teams:
Since attendees didn’t come to this Startup Weekend on their own but as part of a program, most of them had no real idea about what a Startup Weekend is (its methodology, its rules, its organization…). But at the end of the day, this kind of hybrid organization made it even more interesting!

As I said, people knew each other already and we were just a few attendees. Therefore, we hardly made it to 10 initial pitches and everyone got spread up in 4 different teams. Most of the ideas, however, were based on raising awareness and not directly on taking actions. Human Trafficking is a real issue in India, especially for women. Don’t know what Human trafficking is? Watch this video and come back:

3. The team I joined: Citizen Alert
Nilofer, who has been working at Google for the past 10 years, pitched an idea about turning every citizen into a Human Trafficking watch dog. In a word, everyone could report an issue regarding Human Trafficking. I liked the idea and the attitude of the girl so I jumped into the team! We were 4 onboard; Nilofer, Shayoni, Sandy and I. Nilofer works for Google in California but was born and raised in India. Sandy’s parents are from India but she has been living her whole life in California and works for effect.org now. Shayoni is Bengali (Kolkata’s Indian state) and works for the NGO Destiny Foundation which is one of the main NGOs specializing on the issue of Human Trafficking in Kolkata. So we were pretty diverse in this team: international, local, NGOs, business… Hell, a pretty good team in a word! 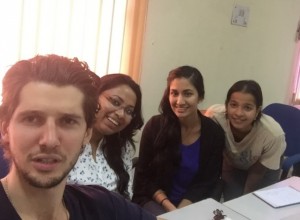 4. Final pitches:
It went pretty quickly since there were only 4 teams and only one of them actually had a prototype; a functional website. Our team did a very good pitch. Nilofer took care of it. She is a good speaker and she was well coached by her 3 teammates 😉 People really saw the potential of our solution in its easiness and the value it brings! We indeed tackled a significant problem and the fact that we would try to cooperate with already established bodies such as NGOs to take actions was highly appreciated.

Our pitch was indeed good because we got the 1st place! Anyways, for this kind of issue and for the context, the winner doesn’t really matter but this is a Startup Weekend… There must be a winner! 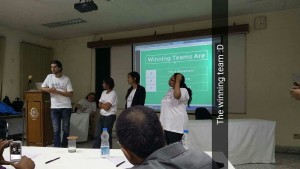 5. Conclusion of the SWKolkata:
I really think this SW was the most interesting one I ever attended! It doesn’t mean the best but the most original and different! I really loved the fact that this event brought people working for those large companies who never heard of Startup Weekend before and who even never had any Startup experiences before with local and other international volunteers working for NGOs. It was a good mix! Everyone learnt a lot from each other and from the event itself I believe. Also, the fact this event was so small gave it some familial mood. You could speak and exchange easily with everyone, which is not the case in all Startup 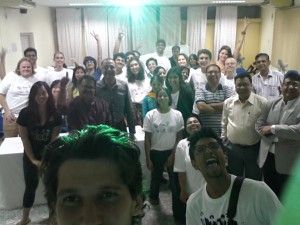 Weekends because there are so many people. So, small is not bad at all!
Lastly, even if we were about 30 in total, you could see people from many different places: US, Canada, Australia, Holland, France, India, Sweden, England. In a few words, this event was small, diverse, friendly and fun!

Organizers were Indians from Kolkata and I had great times with them! I remember dancing on Saturday night at 3am in the morning on Bollywood songs such as “Tatatatatatatatatata” haha! Those guys were incredibly fun and friendly. I actually ended up spending the next 10 days with them in Kolkata! Thank you for your generosity and this friendship you gave me! We’ll meet again I hope! 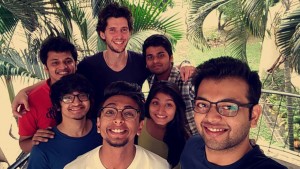 This article is dedicated to my Indian family, the Bhandari; Alka, Rajesh, Richi, Anshuman, and my other great friends from Kolkata; Alyona, Julia, Ayush, Akshit, Mayank, Vineet, Surhabi, Jolly.

Thank you for so much sharing, you made this stay in Kolkata and India one of the best times in the life of a traveler.