I crossed all of Eastern Europe by hitchhiking and stopped in Istanbul where I realized I couldn’t cross Iran overland to arrive in time for SW Tehran because of a Visa issue… I will attend the SW Tehran, no way I won’t! So, I’ll fly! I caught a cheap flight from Istanbul and arrived in Tehran right in time for the Startup Weekend Tehran Green Edition! This is the story of this awesome weekend!

Firstly, Iranians LOVE Startup Weekends! They organize such events several times a year in many cities around the country. To give you an idea, it was the 24th edition in Tehran… The event was in Farsi (Persian language) but everyone there spoke English so I could communicate very easily! Two other foreigners (from Germany) attended the event.

Organization: This event was huge! Indeed, more than 100 people were hosted by a very helpful and skilled team of organizers!
Venue: The Friday night took place in the Iranian headquarters of the Department of Sustainability and the 2 other days were spent at the Tarbiat Modares University. 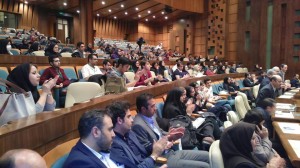 This first SW out of Europe was also the opportunity to spot some cultural differences:

Iran is a very protectionist state even if it is undergoing a quick opening process. For example, people in the Government who had nothing to do with the event and who probably didn’t know anything about a Startup were actually part of it; speaking for long minutes to the point of bothering the entire room full of energetic young entrepreneurial minds! The fact that Startup Weekend is an American company doesn’t help much and, there, they actually changed the name for Startup Camp for all events organized in Iran.

Iranian Government curbs the access to Social Media and the freedom of expression. So you have to be careful with what you say there. For example, I was unable to present the Startup Weekend World Tour because of a recent polemic surrounding Startup Weekend which was being accused by some newspapers of being a spy body from Israel or so… Also, Facebook, Twitter, YouTube are all prohibited and filtered but everyone uses VPN solutions in order to bypass the censorship and it works pretty well HAHA. The 21st century is difficult to fully control at the end of the day…

So let’s take a look at what we have here: people from the Government + a recent polemic accusing Startup Weekend to be an Americano-Israeli spy event + a limited freedom of expression + censorship = an event were you feel a bit under control… But you know what? You quickly forget about it… Why?

BECAUSE IRANIANS ARE JUST LOVELY PEOPLE!!

I mean… I have never seen that in my entire life! After 10 days spent in Istanbul, Turkey, where I met people as generous as my own family, I met once again amazing people who would do anything in order to help. I met young people full of energy and ideas, ready to change, think and innovate. I really saw the paradox between the Iranian government; the old traditional ways of doing and the obsession of having everything under control, and people who are just incredibly generous, open and fun! So the Government is one thing, the people are another…

Ok, now let’s get back to the Startup Weekend…

2. Pitches and teams
Whoa! I never saw so many pitches! In total, 56 attendees went on stage to share their 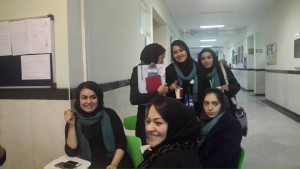 idea! And all this without anyone pushing them to do so… In Europe, I always saw the facilitator motivating people until they overcome their shyness and just go… There, Iranians just went on stage and that was it! This was a good example of the
entrepreneurial spirit around there… And you know what? Most of them were women!! So forget your old stereotypes, women in scarves are acting here! The young generation at least… 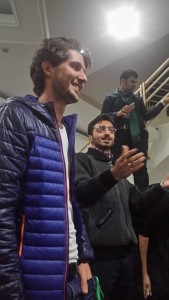 Mohammad Shekari, a young smart-ass-looking guy pitched an idea about a video game on the environment. I never worked on a video game project and I like the guy so I am joining the team! We are 6 on board: 4 women and 2 men.

It was a real experience for me to work with the team since this SW was the first in a foreign language I could not understand. However, the team made a lot of efforts to speak in English and I thank them for that but sometimes, and this is very normal, I could not understand everything that was going on… So after putting the team on the good
track at the very beginning (identification of the problem, bringing value, finding the right target…) I laid back on the second day. Some of us went outside to talk with some kids and got some interesting facts and some others stayed at the venue to build the solution. Mohammad was very skilled at designing and that was the most important thing for us!

A team skilled at design! We had two people who could make nice designs. Good, this was what we needed the most!

A lack of focus on truly important things: don’t waste your time on turnover forecast or market predictions… Even if the coaches say it is important, it is actually not! Not at this stage! Trust me!

4. Final pitches
We watched a total of 12 pitches. It was very hard for me to understand everything since it was in Farsi. Hopefully, I always had some organizers or attendees helping me out with translations. Most of the teams were very conventional, meaning that they were very serious and spent much time on showing figures about turnover projections, which are actually useless at this stage. No one had an actual prototype to show but most of them had at least a design to present. As a result, no one really stood out and made a huge difference.

We did a pretty good pitch and people liked it. We brought some originality into the pitch with a little play at the beginning. I was indeed playing a kid throwing, like a bad boy, paper and plastic bottles on the ground while Mohammad was presenting. When he talked about the aim of this game, I turned into a good kid and placed my waste into a garbage can. It was very simple and we tried to be different. People did like it but at the end we didn’t get any prize. Doesn’t matter, we had fun!

After many selfies, photos and speeches, the event came to an end and the last survivors went to eat together.

5. Conclusion about the SW Tehran 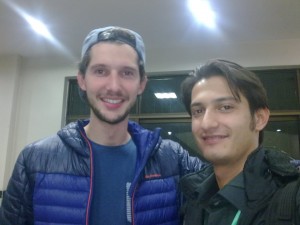 Wow! So many things to say! I met incredibly smart people as attendees, coaches or other guests. I met young guys running their own company with some very interesting technologies. I remember this guy, Mehrdad Rezaei, who invented a Plasma technology to erase some polluting gases.

I saw young women eager to show that they were not meant to take care of a house but to do what they want to do and be driven by their will to achieve!

So once again, let’s tear our prejudices down, innovation, brightness, change is everywhere.

Sometimes I felt too much that this event was under control… The presence of people from the government, the involvement of sponsors, this boring speaker (who did most of the presentation of the Startup Weekend to the point where the official SW Facilitator was pushed in the background) made the event heavy at some point. Because of the recent polemic and the fact I am a foreigner, I was being asked, very kindly, not to make any waves and to keep a low profile. People from the government might not like to see that the SW Tehran is ‘international’. All this doesn’t mean I didn’t feel good, I’m just highlighting some politic facts that I found very interesting!

But in the end, when politics were done and all the boring speeches over, we all had fun! Iranians are soooo niiiice! I must have talked with almost everyone and made friends very quickly among organizers and attendees! Thank you for that guys! 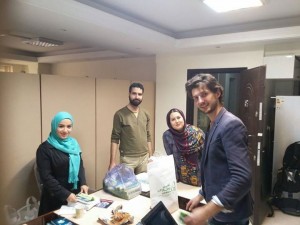 Finally, the organization was pretty impressive. This SW Tehran had so many sponsors, networks involved, media covers and partners. It was almost a fair happening at the same time as there were so many stakeholders involved! A huge thank you to all organizers who warmly welcomed and help me! I had such a great time with you!

I definitely learnt a lot about the Iranian culture! We were indeed only 3 foreigners attending the event… So the local contact was great. As my first SW out of Europe as an attendee, I had a wonderful time and I really enjoyed working with my team on this project! I wish you guys all the best!

Here is the quick summery of the weekend in video

This article is dedicated to the Jalalian family from Tehran & Taha, Maede and Elina from Yazd! Thank you for opening your home with such generosity to a traveler just passing by… Kheli Duset Daram guuys!!!